Ask your aviation questions here and get answers from other Listeners and maybe even one of the UCAP gang. Questions can be serious ones or just trivia.
Post Reply
3 posts • Page 1 of 1

Probably a good question for Jeb:

I just lost another friend to an accident on Sunday. He was flying his homebuilt Great Lakes (N7LM) near Lake Mathews in Corona CA. All we know is that he hit a cell tower (one of those disguised as a tree). I was intimately familiar with the airplane, having helped to replace the fabric on it last year.

So far, the circumstances don't lead us to an obvious cause; There was plenty of open space around there for a forced landing. He would not have flown low enough to accidentally hit it, although he may have been as low as 500 AGL. The NTSB went out there later in the day and the wreckage was removed Monday morning. Naturally we're all anxious to find out what happened.

How soon does the NTSB release a preliminary report on accidents like this? It would appear to be a simple case, especially since there was one survivor.

And where can one access these reports - the NTSB website seems to be typical of the usual government sites; user-unfriendly in the extreme.
Do they ever publish photographs of the scene or aircraft/parts anywhere? Having had every part of this airplane in my hands during the rebuild last year, it was heartbreaking to see it destroyed, especially considering how much the owner loved it after it was done, but it would ease my mind a lot to see exactly what happened. Both my IA and myself are stunned of course and we wracked our brains to come up with a likely scenario and all we can come up with so far is running out of fuel at low level. We are certain we missed nothing in the structure and there is nothing to indicate anything failed. But still...

A link to the appropriate page on the NTSB site would be very appreciated. 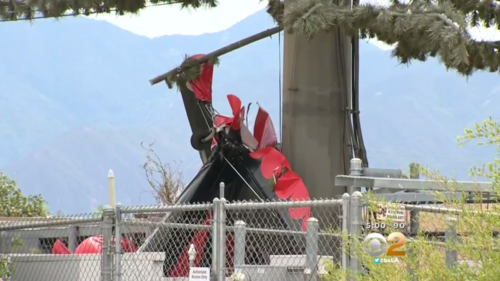 My sincere condolences on your loss. This business can be unforgiving...

The NTSB typically has something in the way of a preliminary accident report up on its Web site in 7-10 days. They've recently changed some things around (with which I'm not happy, but they didn't ask me). One of the new things is posting the date/location/type/registration but nothing else for as long as a month or so. But I digress.

I just checked, and I'm not surprised to learn there's nothing available yet. Holiday weekend and all that...

There are two basic ways to search for prelims and final (probable cause) reports. Both start on NTSB's home page by clicking the link, "Aviation Accident Database." That takes you to a page with a fill-in-the-blank search engine which is rather good. But there's also a link labeled "Monthly lists," which is the first bullet in the second paragraph at the top of that page. That link takes you to a page consisting mainly of a table where the rows are years and the columns months, going back to 1962. If you know the date of an accident, you can find it there. Click the month you're looking for. If the prelim has been filed, it'll be under that link. Full reports, also, and probable cause statements will be obvious once an investigation is complete. It can take two years for some fatals to see a probable cause report, and I'm always coming across accidents older than that for which no PC is yet available.

As for other data generated in an accident investigation, the NTSB calls them "dockets." They're generally created only in fatal accidents and can contain images, radar tracks, transcripts, logbook excerpts, etc. This data also is searchable, but the easiest way to access it is via docket number. A docket number example would be "CEN15FA136."

Once you know the docket number, you can search its (public) contents by using the NTSB's drop-down menu at the top of each page: Investigations > Accident Dockets, then click "Search" and put the docket number in the field labeled "NTSB Accident ID." Click "Find." Yes, it's meant to be obtuse. If there is anything in the public docket for an accident, the docket will be a link in the results. Click it and the various documents/images comprising the docket will be available.

Hope this helps. Check back on the monthly lists pages for June; it'll eventually be there.

Finally, you can always try to reach the investigator in-charge (IIC) directly. He or she may or may not speak with you, or may or may not have anything to say, but you never know.

Yes, this flying stuff does not tolerate mistakes well. Survival can be almost random when things go wrong; it would appear at this stage that a five degree course change somewhere along the descent would have had them walking away. Of course, it's still all speculation, but what pilot doesn't do this when he hears about something like this?

Had me thinking a lot more about safety in the design of my own homebuilt biplane, but there is precious little that we can to make them safer without serious weight penalties. Head protection is something most private pilots scoff at, but it's probably the easiest and cheapest addition we can make to safety.

Keep your eyes open out there, people and don't yank back on that stick...
Top
Post Reply
3 posts • Page 1 of 1

Users browsing this forum: No registered users and 4 guests