Okay insiders, I'm dying to know the back story. Does Piper have plans to develop their own? Did they overestimate the impact that rival Cessna's 162 Skycatcher would have on the LSA market? Some other trouble in paradise? What's the skinny?
Top

As much as I like Cessna and it's line high wing planes, the Piper Sport has sure looked like a winner to me in the light sport world.

However, it will be interesting to hear the gossip from the upcomming LSA convention.

My guess? Piper corporate culture wants to concentrate on higher margin, bigger, faster planes, and leave the grunt work of finding and instructing new pilots to Cessna.
Remember, not all who wander, are lost.

Piper was a serious threat to Cessna in 1971 but, are they really playing on the same level in 2011? I don't think so. I have not seen a Piper learning center sign or whatever they used to be called in a LONG time.
Top

I always thought it a strange project for various reasons. Foremost, while the 162 is a real Cessna designed and manufactured aircraft, the Piper Sport was never a "real" piper to anyone that did their research; it would be a "me too" aircraft. Secondly, by adding so many luxuries they turned the very usable SportCruiser into an aircraft with such a poor usable load that two standard guys and bags could never fly it with anywhere near full fuel. (Though this is no different to the 162)

If you were looking at buying a Piper Sport, just buy a SportCruiser instead; pay less, get a more usable aircraft. Though you should also seriously consider the Evektor SportStar.
Top

I thought it was a great move by Piper to buy their way into the market.

A) You can't replace the first mover advantage. The bottom line is that for the past year 50+ new PiperSports began flying around. They also inherited the Sport Cruiser legacy before that. Skycatcher customers still only have pictures.

B) My soaring club has a Super Blanik L-23. LET has a long history and teaming with that company seemed like a good idea.

I really wonder what made them do this?
"Good Rock... Welcome to Oshkosh"
AirVenture 2019: July 22-28 http://www.airventure.org

Not for long. I was at Yingling aviation in Wichita, Kansas today watching them assemble brand new birds from China. 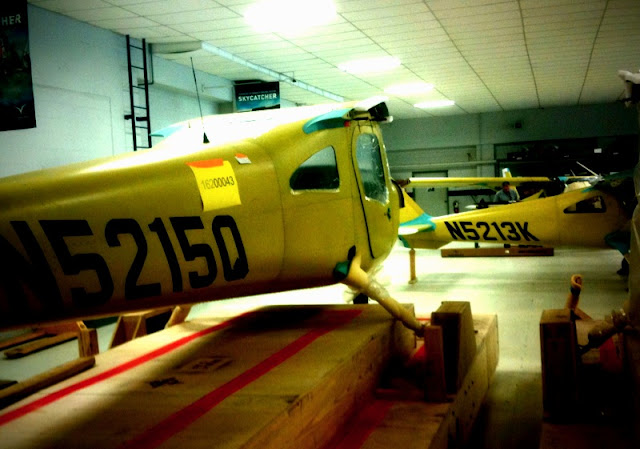 J&J (McNeil Pharma) spent billions marketing Motrin over Advil when ibuprofen went OTC. All the King's horses, and all the King's men, couldn't prevent the McNeil CEO from saying words to the effect of 'we're going to have to live with the money we make in second place'. That was all about who was first to market.

Piper just walked away from being the first (and to date only) legacy GA manufacturer delivering to the LSA market. Smart business don't do that without a big reason.
"Good Rock... Welcome to Oshkosh"
AirVenture 2019: July 22-28 http://www.airventure.org

I agree. Piper had a huge advantage over Cessna and they just walked away from it.

This is what I have heard about what happened.

1) The legacy Piper distributors did not like the fact that a new distribution network was set up to sell the PiperSport. This network was run separately from the legacy network that sold Pipers. So they were shut out from selling the PiperSports. They complained enough that Piper felt the heat.

2) Coupled with the complaining legacy dealers, there were issues with Czech Aircraft Works. Since Piper did not buy a controlling interest (I thought that was odd at the time) and only the right to re-brand and distribute the PiperSport, they could not influence Czech Aircraft Works to make any changes. So when Piper requested changes that they would like, Czech Aircraft Works did not listen.

3) Finally, the person who designed the SportCruiser has been curiously living in Florida for a while. The rumor is that he will be joining Piper to design a new LSA and Piper can freely distribute it with no ties to Czech Aircraft Works. So let's see if Piper makes and sells an LSA that suspiciously looks like a SportCruiser.

So maybe the PiperSport is not dead yet. Just hibernating.

I think it was a very short-sighted move by Piper management. The PiperSport may be dead as a "name", but the SportCruiser airplane itself, and the dealer network that was created to support it appear to be live and well. I've just started flying again (after a 25+ year hiatus), and found the SportCruiser to be an absolutely delightful airplane to fly. Control harmony is excellent, and response is just sensitive enough to be fun, without being "scary". Both of the instructors I'm using seem to absolutely love the airplane, and can't say enough good stuff about it.

Last Saturday, with a 20-knot headwind, the SportCruiser was literally flying off the runway before I even got the throttle all the way forward, and climbing out at 1200+ fpm. My flying skills are still a bit rusty, so I wasn't really holding best climb airspeed very accurately (more like 10 Kts faster that best climb), but even in "cruise climb" mode (around 90 kts), we were showing 750+ fpm! And the Rotax / 3-blade propeller combination is amazingly smooth. I flew a Lycoming-powered airplane just about a week before that, and the difference in vibration and noise levels was amazing. Cruise at roughly 65% was about 110 kts, and the autopilot was amazingly helpful even on a short cross-country leg while I sorted some things out. I can see a lot of value to the 2-axis autopilot on longer trips. This airplane is definitely in contention for my flying dollars! In fact, I'll be flying both Thursday and Friday, hoping to complete the airwork for my BFR... Probably won't get signed off without catching up on some ground school stuff, though, like "What's the correct name for the 'BFR' these days?"

Man, am I having fun!

Contrary to an earlier post, the "bells and whistles" that were added (Dynon 120, Dynon 100, Dynon(?) Autopilot, Garmin 485/6 GPS, and Garmin Nav/Comm/Transponder) don't appear to weigh much more than the analog gauges, etc. that were replaced. I have a copy of weight and balance forms for both the "analog gauge" version as well as the newest, top-of-the-line version, and there's maybe 30 lbs difference. I'm a pretty big guy (though getting smaller rapidly!), and at my current 296-lb weight, can fly with my 160-lb instructor, half fuel (15 gal, plenty for 25. hours of flying, with day VFR reserves) and be below max operating weight and well within the center of gravity limitations. With two wing lockers and two baggage areas behind the seats, you have a lot of flexibility in loading the airplane to stay within CG with heavier loads.

By contrast, if I were to attempt to fly a "book weight" SkyCatcher with my same instructor, we would have to take off with less than 6 gallons of fuel to remain below gross weight. Add to that longer takeoff and landing distances, slower rate of climb, 2.5-inch narrower cockpit, almost 1GPH more fuel burn (of the costlier 100LL), and about 3-5 kts lower cruise speeds at comparable power settings (but higher fuel flow). I'm sure it's a sweet-flying airplane for the FAA-standard-sized pilot, but most people won't be taking much baggage on cross-country flight in a C162, I fear... I will say that the POH is MUCH better (as one might expect, given Cessna's history).

I just can't see the SkyCatcher as a practical airplane for me to own/fly, no matter how much I really wanted it to be a "fit" for me. The SportCruiser, on the other hand, would be a pretty good fit to 95% of my real-world flying.

Good to hear you are having fun! A good LSA is such a blast compared to traditional GA planes.

It's not the instruments that make it heavier, it's the leather and standard BRS and the like. Compare any version of the Piper Sport to the Sport Cruiser and you can really see the difference.

For me, half fuel is OK for a local flight, but I don't want to stay just local and here in Australia, airfields with fuel are a scarce commodity if you fly somewhere really interesting.

If you are thinking of buying your own, also check out the Evektor SportStar; very similar in design and performance and a much better usable weight. You'll love it as much as you love the Piper Sport!
Top
Post Reply
16 posts

Users browsing this forum: No registered users and 2 guests